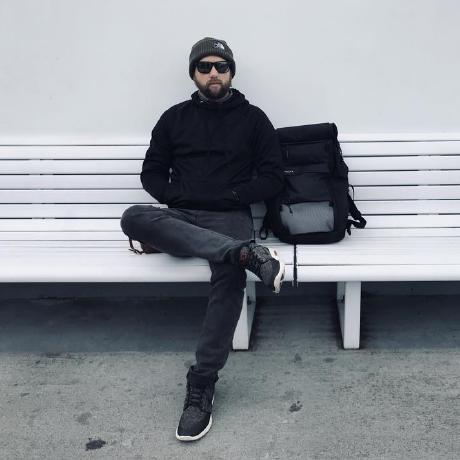 I first learned about Spinnaker after attending this Netflix talk at AWS RE:Invent in 2016 (shoutout Andrew Spyker). I immediately knew that this was the future of software delivery and I wanted to get involved. I was working at Skuid as a Release Engineer and I brought Spinnaker in-house as a new way to deploy to Kubernetes for our fast-growing SaaS business.

While working on installing Spinnaker at Skuid I fell in love with the OSS community. Engineers from Netflix, Google, and other companies helped me in my Spinnaker journey and I was compelled to do the same for others. I wanted to make Spinnaker easier for those who came after me. Many of you have probably chatted with or seen me active in Spinnaker Slack and at other Spinnaker-related events.

Spinnaker revolutionized the way that I think about software delivery and after witnessing the impact Spinnaker had on my team first hand, I knew that I wanted to do the same thing but at a larger scale. I also knew that I wanted to stay close to the Spinnaker community and help shape what it could become! Working at Armory allows me to accomplish both goals. Our mission at Armory is to help software teams ship better software faster and we do that in part by leveraging the incredible work in the Spinnaker OSS project.

What I’ll be working on

My primary responsiblity will be to help engineers use and derive value from Spinnaker, something I was already partially doing, but now it’s my full-time job! My involvement in the Spinnaker OSS community won’t change much. I’ll still be available in Slack. I’ll still be contributing to strategic OSS initiatives like Kubernetes v2 and Helm integration. But in addition to all of that, I’ll also be working on training materials, documentation, thought leadership, and organizing Spinnaker events. My goal is continue to help grow the community that has helped me grow so much in my career.

If you have any ideas or feel like something is missing from the OSS community, please reach out and I’ll do my best to fill in the gaps. Feel free to ping me on Slack (ethanfrogers) or Twitter. My “door” is always open!

by Stu Posluns
Get Ready for Spinnaker as a Service (SaaS)
We are excited to announce that we have opened up a limited beta program for Armory Spinnaker as a Service, our forthcoming SaaS product. We will be bringing you all of the benefits of Armory's Enterprise Spinnaker distribution, delivered as a SaaS offering.
Read more